Goal: replace shrouds and stays of SY L’Envol – the cables which hold up nothing less but the mast itself. 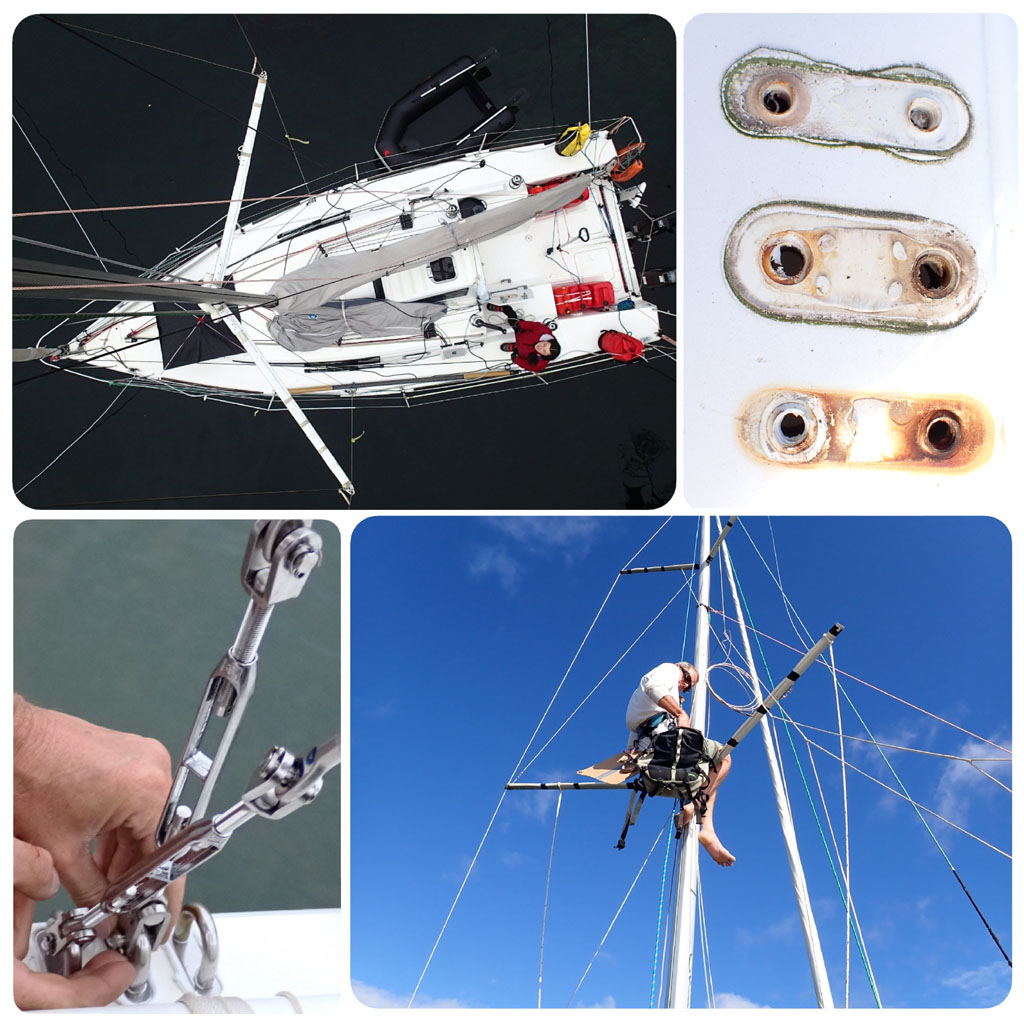 «Your house shall be not an anchor but a mast,» wrote Khalil Gibran. How true this rings to the heart of two nomads! Holding up our mast are a bunch of cables – shrouds and stays. However, after 9 years and 38000 nautical miles sailed, this critical equipment has a rightful reason to be tired. Although we had to order some of the fittings and terminations in from Europe, the rest of the work could be done here in Australia: Bryce, Sydney based rigger, sourced the wires, cut them to measure and swaged the terminations. L’Envol raced the 8 kg parcel to Cairns where Christophe then took on the challenge of replacing the shrouds. His climbing background came in handy – he did everything with the mast up while the boat was tied to a mooring buoy in Smiths Creek. 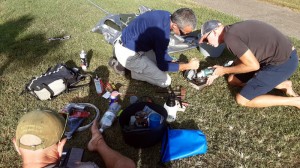 With Joe and Loc

Next came changing the forestay in an improvised workshop on a piece of grass near the boat ramp. It was a battle (and not just with the sandflies) which involved help from kind by-passers, Joe and Loc, with perfect tools in their back pocket and of course extra muscle power to free the old cable from the furler. We hoped, but couldn’t quite go without ordering in more parts. This is how our one week in Cairns is soon to become a month… to be continued.

To support this project and participate, simply click on the button below: 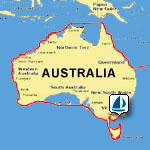 2019-2022. «Around Australia – Life Aboard»: The grand tour of Australian continent, initially programmed for one year, became three years as the country closed its interstate borders due to the coronavirus pandemic. L’Envol spent «the lockdown years» in Tasmania and could only continue the project in January 2022. Carried out in Australia. Funds gathered: 6172 Euros (AUD $10 287). Call for donations: closed.

Special thanks go to: our generous hosts during entire 2021, the Tamar Yacht Club, especially Greg and Alana, Roger and Cheryl, John and Di, Ron and Sylvia, Lionel and Ute as well as the villagers of Murdunna who looked after us in winter 2020, especially Tim and Carol, Rob and Gina, Chris and Margie. 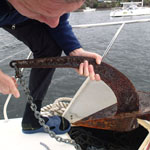 2021-2022. «Critical Equipment»: A need to do something about our anchor, very rusty after 520 anchorages, had a ripple effect that led us to a different rode concept. Instead of buying a new anchor, the Spade has been re-galvanised, with a longer, stronger and lighter 6mm lifting chain replacing our bulky 8mm chain. Carried out in Australia. Funds gathered: 610 Euros. Call for donations: closed.

Very special thanks go to Jonathan Neeves from Sydney (Australia), without whose good will, advice, contacts, logistical help, materials, unconditional time and work he did in his shed before and after galvanising, this project would have had a very different outcome. All that he did for free and without having ever met us! 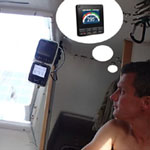 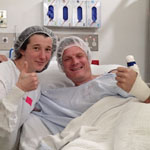 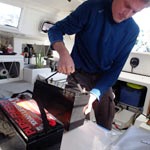 2020-2021. «Critical Equipment»: One 100Ah Lithium battery, of only 13 kilos, replaced two 100Ah AGMs, weighing 30 kilos each! New technology that allows such « weightloss » as well as more efficient energy management, has, however, a different logic of charge and discharge, and we had to modify L’Envol’s electrical system accordingly. Carried out in Australia. Funds gathered: 360 Euros. Call for donations: closed. 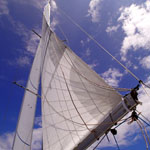 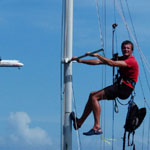 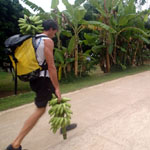 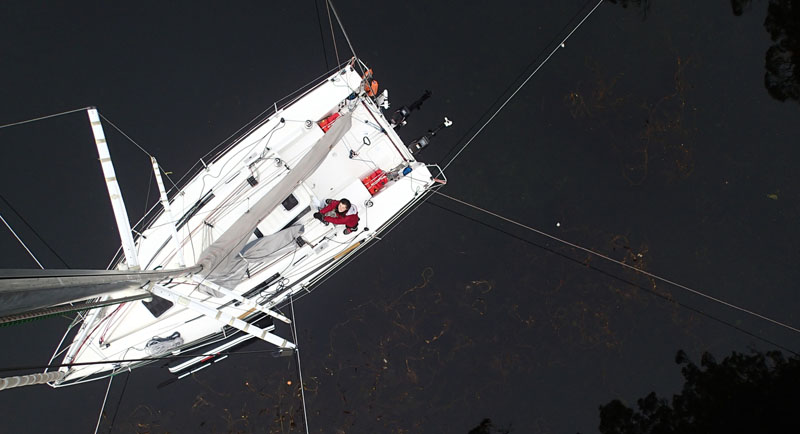